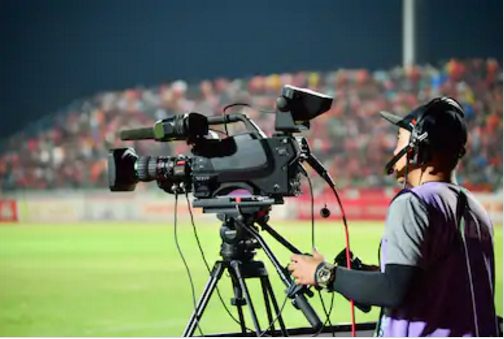 Not everyone can visit stadium or financial okay to buy ticket to watch their favorite club matches. However, The broadcasters makes it comfortable to watch the English Premier League in the home, offices and anywhere either via live streaming or satellite tv subscription. Today, we’ll be looking at the regional broadcasting partners for the next season who will telecast the live matches. Let’s move on to see the English Premier League broadcasters 2019.

There are tons of TV broadcaster in the world from different region to offer live coverage of Premier League. Out of 168 games, Skysport will telecast 126 games while BT Sport will take care of the rest as the main official English Premier League broadcasters 2019.

Out of 380 games showing every season in EPL, 212 matches will be showing outside the UK globally. Some English-Speaking Countries are capable of carrying out “International Feed” or “World Feed” with an essential for the full match commentary offered by the EPL organization.

Every Saturday matches aren’t permitted to be telecast live in United Kingdom. Simply because between the hours of 2:45 to 5:15 are announced a “Blocked Broadcasting Hours” as enforced by both UEFA and FA. In Africa and Ireland, the case is quite different as one matches are allowed to be telecast live on every Saturday at 3:00pm. This may be applicable to TStv Africa too as the company proclaim as English Premier League Broadcasters 2019 in Nigeria.

In Africa, The most significant and the leading EPL broadcasters are DStv and Canal+, Both Company share the TV rights among themselves in 65-30% as the main English Premier League 2019. While the rest 5% are free-to-air on every Saturday afternoon.

As you can see the list of the official 2019-2022 English Premier League based on their regional. TStv is no where to be found on the list even from the official Premier League website except the company want to follow the footstep of Beoutq that copyright Bein Media as FIFA and others bodies condemn the action, However, Beoutq has yet to face any penalty since the last more than 2years of operation.

As far as Sub-sahara African are concerned TStv has not broadcasting rights to telecast Live English Premier League 2019 as the company has yet to officially announced the breakthrough. I will strongly advice all the Nigerian and other African to kindly exercise more patient and wait till the company officially announced through the website and then released the official document for awarding as the new English Premier League Broadcaster 2019 in Sub-sahara Africa.