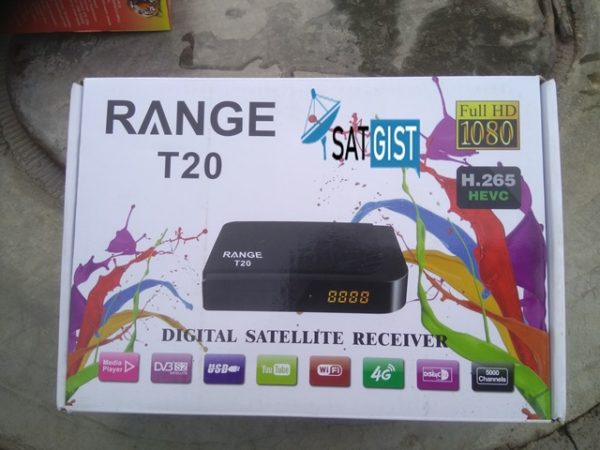 Tigerstar Range T20 Receiver is very portable and black in color, LED light is placed at the right hand side with orange color alongside with green light for power.

Mere looking at the body, Tigerstar Range T20 was placed on the top-left hand side, Power button and channels button are placed on the front side besides LED light.

While on the left side, 2x USB 2.0 is available for USB Menu upgrade, Network and other multimedia functions along side the power input.

The pre-installed IKS server are 1year vanilla and Ferrari for european satellite package such Astra 19 at 19.2e, Eutelsat 16e, Hispasat 30w, Hotbird 13e and many more, However these two server not opening any channels on Eutelsat 9A at 9e.

Tigerstar Range T20 Receiver is fully PowerVU autorole almost all the PowerVU encryption channels such AFN Network on Eutelsat 9A At 9e, SES 5 at 5e And Sony Network on Asiasat 105.5e, Intelsat 66 at 66e and 68.5e.

Range T20 Receiver is affordable if and only used for PowerVU Autorole and European satellite, It can also be used for free-to-air channels encoded with H.265 like Eleven Sport Taiwan and CCTV5 Feed channels on Eutelsat 3B at 3w.