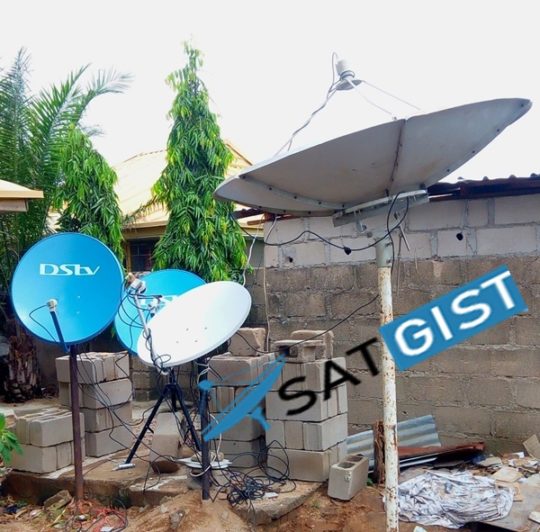 Preparing to watch the greatest two finals in this summer, Later you realized that satellite Dish not working or No signal. This is embarrassing, Don’t worry this post will guide you to analyzes the reasons that could be arise why your satellite dish not working and how to fix satellite dish signal problem or no signal. Let’s examine them one after the others

No Signal On Satellite Dish

You need to understand and keep in mind the following, The elevation and the screw, The east and the west, The adjustment on the LNB itself. For instances, Beoutq and Sky both faces East and this explain deviation off due south. Due to the fact that it is beaming the signals down to the earth from an angle. Adjustment must be made on the satellite dish to make rooms for this. And the LNB itself explain the phenomena of vertical and horizontal polarized signals to fix satellite dish signal problem. Anyway here are some tutorials on watch European and US TV.

Satellite dish not working or no signal, Suppose you want to try it by yourself, It is highly recommend to use signal finder or TV Spectrum analyzer as you can watch everything on the screen when the high quality signal is achieved. Surely, Not everybody owns or have access to satellite alignment tools. It can be purchased via online or local shops. Make sure you have idea of what direction you are pointing the dish as important.

How To Determine The Location Where Dish To Face

To fix satellite dish not working or fix no signal problem, You’ve to determine where to point your dish, then you need to satellite co-ordinates like dishpointer for easy installation, You just need to enter your postcode and the satellite you wish to install or use, And it will give you all the information on both east and west alignment angle, the elevation and the screw adjustment. It will help you with indication of line of signal for you to use as a reference.

I strongly recommend using compass and inclinometer while making attempt to aligning your satellite dish. Don’t forget to consider the allowances differences differences due south and magnetic south usually change.

Due to the facts that satellite antenna needs to be install outside and because LNB requires satellite receiver to work together as a unit. It is good to cover all the connection made to the coaxial and the LNB itself. To avoid satellite dish signal problems, There should be adequate weatherproofing measures put in place to prevent any rainwater onto the inside of the cable. Here are the common ways to prevent weatherproofing or waterlogged.

B. The F-connector is expensive and requires specific tools to put them onto the cable for tight connection. One need to use weatherproof F connectors.

C. Ensure that silicone grease are pour on the top of weatherproof plugs and other connections joint. I strong recommend it for satellite engineer in order to keep the outside of the plugs in perfect order.

D. Ensure that you put amalgamating tape to the top joins and to ensure a good weatherproof. Suppose your satellite signal is not working and you realized that the connectors themselves are waterlogged. cut off the affected part to make another cable connectors. If you see that the inside of the cable has rust, wet and partial contact, It will be good replace the whole of the cable.

For your satellite dish to work perfectly, You need clear the obstructed trees, or move your dish itself higher than the trees. You can move the dish away from the obstructed buildings or trees. In any circumstances, A good satellite dish installer or technician needs to consider the location where dish would be mounted. And free from obstructions And this is one the way on how to fix satellite dish signal problems or fix no signal issue.

The following are the temporary obstruction of satellite dish:

The best solution to this problem, You need to clear and clean the particles made by the spiders or any other insects. Also by removing the scaffolds nearness to your satellite dish.

It is very much possible that the LNB itself has become faulty and leads to why your satellite dish not working. This is similar to any others electrical devices that can just develop a fault for unceremonious reasons. Satellite dish not working or no signal so long and suddenly fail. Faulty LNB’s can be liable and responsible for it.

There are some LNB’s that develop fault and still appear as if it doesn’t faulty. It can be very much difficult to diagnosing these type of faults. even if you own or borrow high performance test tools as you often check the satellite signals and realized that everything is in order.

If your satellite dish is well aligned and accurate with no obstructions blocking the signal with no significant weathering disorder and during the night seems not to be cloudy when properly checked.

I would strongly advice that the LNB should be replaced. For instance, It happened to me one day while re-aligning the client dstv dish, I worked lengthy, signal seems to be ok on my sat meter but when i try to test the signal on dstv decoder it fail to scan the channels, Later I suggest remove the LNB and test it again. then dstv is able to scan and everything is perfect.

Having said that faulty LNB’s can also be responsible for you lost signal on your dish and it is not easy to diagnose in certain situation than to replace the faulty LNB. And this is how to fix satellite dish signal problems.

Satellite signal reflected back to the earth surface from the satellite in space. Atmospherics and weather conditions can also affect your satellite TV reception. Most importantly cloud rather, electrical storms and heavy rain. The radio wave is an electrical conductor. Radio waves can pass through through conductor, rain and storms. This can also cause why your satellite dish not working.

To fix satellite signal problems or No signal, Certainly, the signal usually comes back after the rain because the storms ceases the signal. If you often lost signal when there’s little rainfall. Then I will recommend you to try any larger satellite dish to increase the signal quality in small amount.

As far as thunder is concern, This usually happened in every, As it is caused by lightening and thunder. It is not possible for thunder to strike without lightening first. whenever there’s lightening, It makes the way for thunder to strike and enter through LNB and later to any connected devices. It caused damage to the LNB either you are watching during the rain or power off. That’s why your satellite dish not working after raining.

To fix the satellite signal problems, I will recommend you to disconnect any home appliances connected to the satellite dish or from the wall socket.

Why your satellite dish not working! This often occurs as a result of short cable connection between the LNB or receiver. There’s chance for negative charges of the coaxial cable to touch the positive conductor. This would cause the flow of direct current (DC) flowing up to the LNB from the Satellite receiver. This can also cause hardware problem to receiver and leads to why your satellite dish not working.

To fix satellite dish signal problems in this situation, You have to use enough coaxial cable without any joined. Ensure tight connect between the cable and F-connector and make sure you use original cable satellite TV dish.

Similarly, If the LNB sit or holder is slightly faulty and can’t hold the LNB perfectly. This could result to the reason why you satellite dish not working. It is advisable to replace the damaged LNB holder.

Why your satellite dish not working, This often occurs under faulty conditions and should be reported to whomever behind the scene for though checking happens in your environment. Many phones operators or Network providers that use frequencies with the satellite intermediate frequency band (IF).

However, Once in a while, there’s chance for your satellite TV reception to get affected. And you may need to relocate your dish. To fix the satellite dish signal problem, I will recommend to change or replace the LNB with a inbuilt LTE filter components.

Others satellite dish signal problems includes high gained signal. This is rare situation, If the coaxial cable is connected to high gained LNB, there’s chance for you to experience loss of signal. So you have to use a signal attenuator to convert the DC to the normal one that satellite TV uses.

Many folks out there are battling with poor satellite signal strength and willing to increase it to enjoying their channels. Ku band dish doesn’t have much problem because the manufacturing company has already perfect their work, tested and confirmed working with satellite signal before the sales of the antenna.

However, The signal quality of a C-band Satellite dish can be determined by the materials used for construction, the focal length, sizes, LNB, cable and many more, don’t worry I will get you cover on how to increase satellite signal strength by 10-15% on any C-band dish, Let’s dive in.

Satellite dish needs to be mount or sited where dish will be free from obstacles like buildings, trees and mask network. So to increase satellite signal strength, You have to mount your antenna at least 15m to 20m dish away from any obstacles.

To increase satellite signal strength of your dish antenna, the cable connector like F-connector should be properly installed and connected to both the receiver and antenna. Preferably use coaxial cable with not more than 25m long i.e connection distance between dish antenna and the receiver.


Dish Stand And Pole Should Be Well Mounted

Focal Length or Point Must Be Accurate

Focal Point is very important as far as installation of satellite dish antenna is concern because without knowing the focal point or length between the center of the dish to the feed horn or LNB, It will be very difficult to get signal or increase the signal strength of a dish antenna, To learn how to calculate for focal length here.

Removing LNB Plastic cover always recommended to adopt anytime you are installing KU band dish antenna because it will make your installation fast and safe energy. After removing plastic cover and you still experience lost of signal due to beam or footprint, then using brass with LNB will be essential to increase the signal strength of a dish antenna by attaching the brass to the round surface of the LNB.

Increase In Size Of A Satellite Dish

After you have done all what I said earlier, The best thing you can do to increase the signal strength of a satellite dish is by increasing its size. For instance, if you are using 8ft dish antenna before without achieving or getting signal then, you can increase the size of the dish to 12ft. Same way you can increase Direct tv Satellite Signal Strength.

satellite signal strength can be increase in different approaches depends on the satellite tv you wish to receive, the LNB is very important by choosing LNB with low db noise figure, if you are installing any KU signal on Cband dish like Hotbird, it is good to use 0.2db with accurate dish size and as well as to use accurate focal length. Don’t forget to share this article with your friend and on social media.