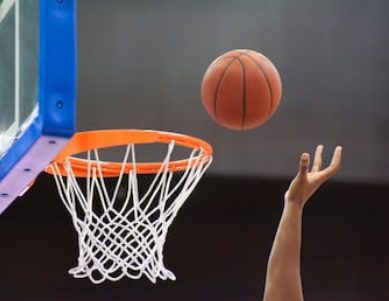 The New NBA 2019-2020 regular season is currently going on. Learn how to watch NBA games live stream. You can also catch every game from anywhere live on satellite cable.

In this 2019-2020 NBA regular season, All the teams will play 1,230 games through out the NBA 2019 season. The Los Angeles Clippers strengthened the team by signing former Raptors star Kawhi Leonard and Paul George, Los Angeles Clippers are the favorites to win 2020 NBA season.

How To Live Stream NBA Online

How To By-Pass Restriction On Live Local Basketball Game

Restrictions simply means when there’s no official broadcast option in your country, that’s means your country doesn’t have local coverage for live NBA games at that moment. The best option for you to get the best of your NBA League Pass subscription is to get a VPN service.

The VPN will change your country IP address and appear as you are from different country totally. I can confidently recommend Ivacy VPN for you, simply because it is easy to setup, dedicated server for streaming which streaming service like Netflix and so on.

The Ivacy VPN provides internet freedom and protect your online privacy, unblocking Geo-blocked websites. The speed is superb and unblocking foreign Netflix and iFlix. You can sign up for Ivacy VPN for as low as $1.99/month.

If you live in the United State of America and you prefer to watch NBA game on satellite cable, then I will recommend you to subscribe to AT & T for $57.99/month. Military personnel in U.S can get AFN Network official decoder and start enjoying.

For those that prefer to stream live NBA games, here are the few best streaming service for watching basketball online:

You can only get ESPN, ABC and TNT channels on AT&T Now’s package but no NBA TV channel included. However, upgrading to AT&T’s Max package which cost $70/month will give you access to NBC Sports Network and local Fox Sport channels.

How To Live Stream NBA Live In United Kingdom

Sky Sports is the official tv rights owner in the UK for every games on NBA as the company still have 2 years contract left with the NBA. All Premium Sky Sports subscriber will have access to all NBA and WNBA. It also includes Christmas Day Game and All-Star Week in February next year.

Alternatively, there’s Sky Sport Pass subscription from Now TV, just to watch baskeball games only if you don’t like to subscribe to Sky Sports. There’s also option for you to subscribe for a daily, weekly and monthly plan.

For die-hard basketball fans in the UK, NBA League Pass should be the first choice for you as it will give you access to your favorite team and as well as to follow every game throughout the season.

How To Watch NBA Regular Season In Canada

To watch the NBA on TV this season in Canada with satellite cable, you need to subscribe to premium channels which includes TSN 1, 2, 3, 4, and 5 and as well as NBA TV Canada. It will be quite expensive to add these channels to your bouquet as the most the game will be air on these channels.

Alternatively, You can live stream NBA online subscribe to SportsNow for $19.99/month. This will also give you access to live stream more than 200 NBA games including Raptors and NBA Plays offs. A 7-day Pass is available for $9.99 to watch few basketball games at low price. Likewise TSN is available for $19.99/month which will get you cover every games in the NBA league.

African die-hard basketball fans looking for where to watch 2019 NBA games live can subscribe to DStv premium package. Thanks to DStv for running a promo at affordable price to get their decoder and dish. Existing customers with a package can upgrade to the next package. I will advice to visit DStv office nearest to you or call your technician.

As a DStv subscriber, you’re allow to connect your DStv subscription to any online streaming device with google certified to watch NBA season online on DStv Now platform.

For those who want live commentary in French can subscribe to My Canal Africa Sport Package. You will have the chance to watch EPL, LA Liga, Champions League and so on. The cost of purchase for My Canal System is $55 with 1 month free Sport subscription package.

How To Live Stream NBA Long Season Games In Australia

Australian basketball fans heading to where to watch NBA games on TV this season, then you need official satellite cable service, which will give you access to ESPN as the NBA broadcast right owner in the country. Foxtel Sport subscription will give you access to NBA games on TV live on ESPN. SBS is the only free-to-air digital broadcaster in Australia showing basketball games on every Saturday and Sunday this season.

Alternatively you can live stream NBA games this season on Kayo Sports as it has ESPN with almost the same NBA content. There’s 14-days free trials, just sign up and pay for any package range from $25 to $35/ month. NBA League Pass is also available in Australia. If you wish to safe your money and watch only favorite team or watch teams throughout the season. If you can’t use anyone of those options, then you can subscribe for MYHD IPTV. It will allow you to get access to ESPN, NBA TV. It also includes Fox Sport, NBC Sports and TSN channels for $50/year.