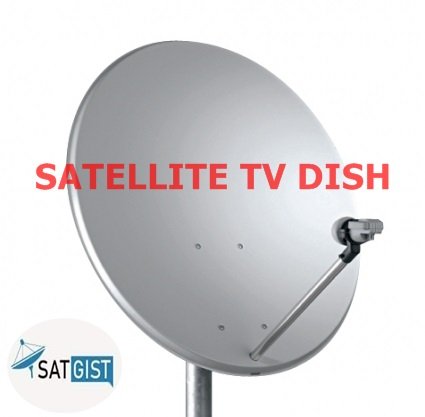 Many people out there that become satellite tv installer nowadays doesn’t serve apprenticeship or learn from any body on how to install satellite tv dish and receiver rather than start reading from website and seek advice or support from online friend or social media irrespective your nature of business you can still become an professional satellite tv installer.

Here are the lists of compulsory tools needed for the installation of satellite tv dish as follows:

This is a cord or a wire connected to the LNB on a satellite tv dish to the receiver and it is usually in black or white color. Example of coaxial cable shown below

F-Connector have a nut head painted with silver and the function of F-Connector gripped the wire firmly and tied the nut to the LNB or receiver as shown below:

Let’s proceeds to the next step i.e how to install satellite tv dish and receiver after you have familiar with some components as stated.

Note: Selecting dish location is crucial to make dish installation easier you need to choose a place very close to signal location and the dish needs to be free from obstacles such as house, trees and so on.

How To Install Satellite Dish And Receiver

This is the best way to learn how to install satellite tv dish and receiver and if you face any difficulty during the installation of dish feel free to leave comment below or use our site contact form to reach and usually response take less than 24hours and If you like this tutorial please share it with your friends, family and also share across social media thanks and see you in the next episode.