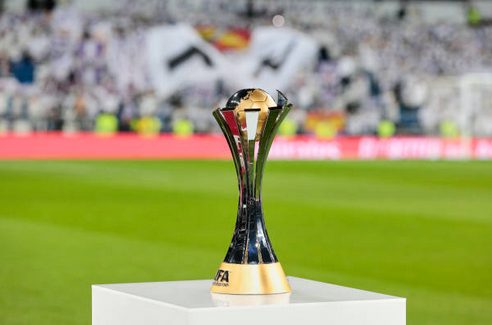 The winners from each continents which claimed to equal as UEFA Champions League has battled out with each other in this month. Now it is Final Liverpool VS Flamengo

According to the history, since 1960 up to 2004, UEFA and CONMEBOL played the Intercontinental Cup, which allows the winners of the Copa Libertadores and Champions League winners to meet in a one-off final.

FIFA introduced the Club World Cup in 2000, but failed to make second edition until 2005 due to internal problems.

Qatar are fortunate to host this tournament in 2019 and 2020 in a row which serves as preparation for the next FIFA World Cup in 2022.

The League Champions from the Six continental confederation will be involve in the Club World Cup tournament. However, the host nation’s league champions will also be featuring.

Doha the capital city of Qatar host the 2019 Club World Cup edition as Al-Sadd will make debut for the first time in history in the tournament.

Which Teams make a way to FIFA Club World Cup 2019?

Footy fan from US and Canada can subscribe to TSN and Fox Sport deportes. To get access to TSN content then you can get a day pass for as low as $4.99 and $19.99/month. If you want to live stream FIFA World Club Cub 2019 in Spanish commentary, you can go for Fox Sport deporte.

In UK, Ireland, Portugal, Spanish, French, Germany, Greece and others can turn their satellite dish antenna to ASTRA 1L at 19.2E where majority of top sport channels are available for free of charge using Icone Iron Pro (Orca Server) or Tigerstar receiver(Forever server).

How To Live Stream FIFA Club World Cup Outside U.S

If you’re outside your country and you fail to watch your local coverage, then I will suggests to buy VPN to hide your IP address and appear online as if you’re back home. Also MYHD IPTV and DStv IPTV is also available to live stream every action on FIFA Club World Cup 2019.

In Sub-Sahara Africa No digital TV company have official tv rights to telecast the tournament. Though It is so sad to see DStv and Canal+ not airing the tournament. BUD (Big ugly dish) user with minimum of 3.5m dish can watch on tv through EPT Sports HD and Cosmote Sport on Eutelsat 9A. TVP Sport on Hotbird 13 using of one the stated receiver above without any cost.

If you find this article interesting don’t forget to share with your friend and across social media.