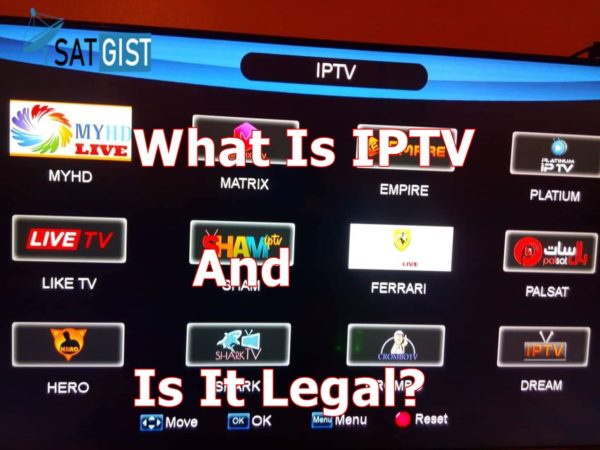 Certainly, IPTV is the future television as it provides the solution to the problem of watching live channels on the move as previously stated in my posts on what is IPTV? Why is it Legal in Europe? But legal in other countries. let’s critical examine the problem involved.

IPTV simply means Internet Protocol Television which can be regarded as for any digital television that’s broadcast across the Internet rather than through normal satellite and cable platforms.

IPTV takes numerous forms based on mode of operations which includes:

To answer this question, IPTV Legality will be based on which platform do you adopt for watching channels that will determine whether it is ilegal or legal.

Using online-only TV Providers like DStv Now or StarTimes is fully legal in Nigeria as long as you have active subscription with them likewise Sling, Netflix, Amazon Prime Video e.t.c.

AT & T is legal in America owns by DirecTV while Sling TV is controlled by Dish Network.

Using Free and Premium third-party IPTV Services are also legal in some country (Some times most of the apps using geo-blocking to prevent their contents from unauthorized users outside their footage).

Legal IPTV Streaming Services are available for free in United Sta
te and United Kingdom, most them are USTV, ESPN and TVPlayer respectively.

However, There are footy fan out there who know some websites that offer free live streaming services for watching their favorite team in action either during the weekend or mid-week matches.

These plugins gives users access to Video on demand (VOD) and free live streaming services, Some of these plugins are legal provided by official company like Youtube while Exodus, Cloud TV, Red Bull TV, please note that using some illegal plugins without VPN is not good enough because ISP(Internet Service Provider) may track you, Learn about more useful plugins or Addons.

Any website or a Company in the United State can be held responsible for distributing unlicensed content if it is explicitly stated or encourages their users to infringe copyright according to the Supreme Court ruling under the “inducement rule” in 2005.

Tons of IPTV Subscription Services are available on websites like leadcool, facebook, twitter, reddit, Nairaland price are determine by the quality of the channels and services offered either through web or apps for set-top boxes like Android TV Box, Amazon Fire stick, Smart TV and Roku devices.

These providers offering this kind services are putting themselves at risk of facing infringement copyright which can leads to prosecution.

What Will Be My Faith As End User Using Ilegal IPTV

In April 2017, A decision was taken by the EU court of Justice which stated that “streaming copyrighted content without the correct permissions or valid subscription is against the law“.

Suppose a copyright owner notices infringements or suspects the IP address which belongs to someone who’s watching an illegal stream, they can take out a court law to force the user’s ISP to reveal their personal identity. As a result of this, the copyright owner will reach the viewer and drag to the court of law which may later leads to jail or pay ransom which may leads debit for you and your grand children.

If you search through internet, you will see tons of people who already have similar case and from there you will discover the amount of money payed for fine.

There are numerous arguments on social media which state that streaming copyrighted materials is not illegal as far as you didn’t download it or viewing it in the public, hotel, schools, airport e.t.c.

In 2012, The Recording Industry Association Of America (RIAA) win a case after sued a woman and payed fine worth $220,000 for illegal downloading songs.

Do End User Have Any Legal Defense?

The best way you can be safe from any infringements the copyright owner since we aren’t lawyer using “safe harbor” as it protects intermediaries against infringements of which they aren’t aware read more about Digital Millennium Copyright Act outlines.

In conclusion, There are some IPTV which is legal (allow to use) while some is illegal. One needs to be very much careful to identify the illegal IPTV subscription services to prevent yourself from facing the law as we all know that your activities are tracked by ISP. you are strongly advice to adopt VPN to protect your real personal information.