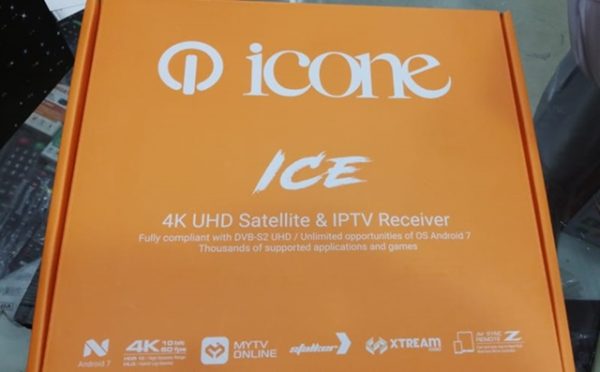 Icone Ice 4K Receiver is an hydrid decoder features with both satellite and IPTV platform. It is small brother to Icone Iron Plus 4K decoder. If you aren’t financial buoyant to buy Icone Ice, then Icone Ice decoder will be the best choice receive.

Less I forget, It features with Linux. The processor is powered by Hisilicon 3798. Multi-screen support 3D Video processing and display(OpenGL 2.0) for gaming experiences without any hanging and freezing.

Unlimited ORCA Server is capable of opening many satellite package from European, America, North America, Asia, Australia and Africa. Both Canalsat reunion and Parabole on Eutelsat 16A at 16e confirmed working on it with the aid of pre-loaded orca server.

You can watch any TV Show of your choice without satellite TV cables or dish antenna using GOGO IPTV app. You can install any third-party apps on Icone Ice 4K Receiver.

Icone Iron Plus VS Icone Ice Satellite And Receiver

Icone Ice Receiver almost have the same features with Icone Iron Plus Decoder. But not support Multi-stream whereas Iron Plus compliant. When considering the price, It is cheaper than Icone Ice.

Price And Availability In Nigeria

For those that have interest to purchase Icone Ice Satellite and IPTV Receiver in Nigeria and outside can contact me to place order.