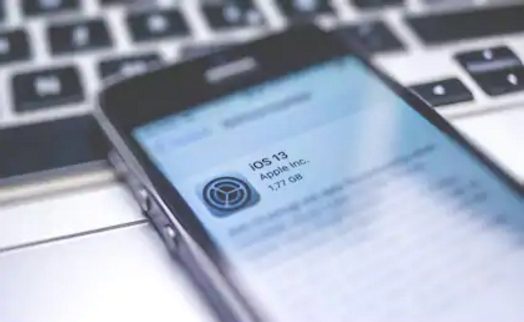 Apple iOS 13 firmware updates features with many anticipated features and bugs issues, however there’re some improvements becomes unbearable iOS 13 problems. Bugs and other issues that comes along with the software or firmware updates.

Some of these iOS bugs are seriously causes system malfunctioning, while others are minorly frustrating to an extent that it can take parts of the user interface. Such these problems will soon be highlight.

In most cases these problem causes Apple to release new firmware updates to fix the problem. And dedicate the update exclusively to the bugs errors. If these error are minor, Sometime the company needs to wait to compile them and fix until future version is release.

If you’re experiencing any problems, the company might have solve these problems through the latest software version released to the public. The best thing you can do in this situation is to updates the software to the later software. Then goto “Settings>>>>General>>>>Software Updates.

If you’re experiencing an issue that probably not been fixed, Always checking for possible updates and fixes. Here are lists of iOS 13 problems and how to fix these problems.

iPhone Failing To Restore From Backup

Apple or iOS users were obviously prevented from restoring their iOS or iPhone from a backup. Another bug appear continuously on the notification bar showing the progress bar for an iCloud Backup after successfully backing up. The later firmware fix the issues on iOS 13.1.3 update released.

Mail App was really misbehaving before the Apple quickly released iOS 13.1.3 software version. The following bugs problems fixed on the latest firmware, Such as first-party Mail app, Duplicate notifications and failing to updates email status or attachment file. If you’re facing these issues , upgrade your Apple device to the latest version of iOS 13 to fix this issue.

After upgrading to the latest iOS firmware and the issues of email still persists, Then I will suggest to update the mail app to the latest version of the apps. In case the mail app still not working fine as expected, try data fetching settings by heading to “Settings>>>>Password & Accounts>>>>Fetch New Data.

External Keyboards issues found on the iOS 13 and some others, including malfunctioning of swapping back to QuickType. There are some bugs inside the apple that enhances external services “Full Access”. Don’t worry Apple already aware about it, Anyway upgrading to iOs 13.1.3 will fix all the bugs issues.

Broad Syncing with notes, missing reminders and contacts problems are also found on iOS 13. Upgrading to the latest iOS 13.1.3 might be fixed some bugs as per the system notes. However other issues might be effectively harmful and requires quick fixing.

Don’t worry Apple already aware of these bugs, and syncing issues, wrote a checklist to troubleshoot issues. Ensuring the time and date settings are absolutely correct. They linked with the same Apple ID and keep your personal date on iCloud or Password Manager.