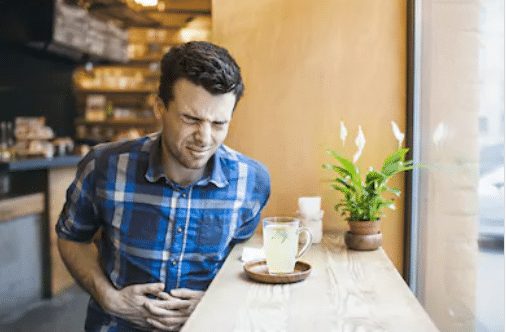 Urinary tract infection is a very painful disease that many people are reluctant to talk about. But do you know that the symptoms of this infection or UTI are very obvious, but they can often be identified even before the onset of the disease?

Medical experts says that the symptoms of the infection are obvious, but most people simply ignore them. However, if you want to identify a urinary tract disease, remember these symptoms. Read the article of Naturopath Mansoor Khan for better knowledge about UTI.

What is Urinary Tract Infection

It has its own unique and obvious traits. If UTI is not treated timely, this can have serious consequences. Common reasons of Urinary Tract Infection Constipation

Often constipation also makes it difficult for the bladder to empty, resulting in a rapid increase in the number of bacteria in the tract, which can lead to infection. Similarly, cholera or indigestion are also at risk of developing inflammation in the urinary tract.

When blood sugar is high, it eliminates excess sugar in the urine, which makes the environment conducive to bacterial growth and the infected person suffering from a traumatic disease. That is, diabetics need a lot of caution in this regard.

If you hold your urine for several hours, you should also be prepared for UTI, as doing so will cause the bacteria to spread and start developing faster.

Lack of water in the body

Drinking too much water not only relieves thirst but also protects against UTI, especially in the summer if the proper amount of water is not used. It also increases the chances of inflammation.

Most types of infections are caused by Escherichia coli (E. coli), which is a bacterial bacteria in the intestine.

Urinary Tract Frequent urination but each time a slight amount of urine comes again. This is a common symptom of a UTI in which you always feel like urinating is coming from the washroom even though you may feel an emergency in this regard, i.e go away right away, Necessary, etc.

When you go to the washroom, the urine comes in very low quantity, and you feel to have more to do, but not despite the effort or you are not satisfied.

Going to the washroom during this illness can cause irritation. You may feel that the work is very painful, it can be a pain, in both cases, it is a symptom of impairment.

UTI’s disease often involves blood in the urine, but not necessarily the same as everyone else’s, so it can be blurred.

Urine Color can tell a lot, Including Urinary Tract Infections.

If this color is anything other than yellow or transparent, it is a sign of anxiety. Red or brown is a sign of infection, but first notice that you have not eaten any food that is pink, orange or red.

The urinary odor is very bad as a result of any infection in the bladder. If you experience any of the above symptoms with stench, as it can be a UTI disease. In this case, the doctor refer and test according to its instructions. Lower abdominal pain (near the pubic bone), including bladder infection. Fever can cause lower back pain, nausea and vomiting infections.

Inflammation in the urinary tract is actually due to bladder infection. As a result of infection when the body realizes that something is wrong, nausea begins to develop, along with the protective measures of the white blood cells. Removes, resulting in a feeling of fatigue.

Frequent fever, along with other symptoms, may indicate an increase in the severity of Urinary Tract Infections and the spread of the infection to the kidney. If there is a fever or cold of more than 101 Fahrenheit. Also if the body becomes wet with sweat at night, you should seek medical attention immediately.

Why are women at higher risk of UTI?

Women are at higher risk of UTI than men. The reason for this is the difference between the two.

Length of the Urinary Tract

The urethra of men is usually 15 cm long while in women it is only 5 cm tall. Therefore, in women, the bacteria can reach the bladder relatively easily and reach the kidneys. Movement from sexual intercourse insertion of the penis not only stimulates the sex organs. But the bacteria from the vulva enter the urethra of the woman.

The Mouth of the Urinary Tract

In men, the urinary tract is at the tip of the penis, whereas in women it is located on the vulva with the vagina hole. This means that it is close to the fecal opening.

If the wolves are not clean or after using the toilet, the cleansing of the stool is directed toward the vulva (ie back and forth). Then the urine hole may become infected with bacteria on the wool, vagina, or stool.

The period of infection Pregnancy: The uterus grows and presses the bladder, causing the bladder to not fully empty.Menopause: Strengthens immune response.

Patients should complete the full course recommended by the doctor without breaks. Otherwise, it may be possible to develop resistance to the bacterial infection drug that will requires more powerful antibiotic drugs and time to eliminate.

Patients should drink a lot of water because excess urine can help expel bacteria in the urethra. Patients with diabetes and urethra calculus (stone) will need separate treatment to prevent UTI.

Ensure personal hygiene. After using the toilet, wipe the cleansing valve from the stool to the stool (ie front to back). Take care to cleanse the sex as well, empty the bladder after sex.

Give up the habit of stopping urine. Beware of early diagnosis and treatment. Simply drinking more water reduces the risk of traumatic diseases such as Urinary Tract Infections, especially for women.

The claim came from a medical study in the United States. Miami University research found that the risk of the disease in women is 60% higher than men or that one in every four can be affected.

According to research, the simplest and safest way to prevent this traumatic disease is to prevent infection and drinking one liter more water than usual helps prevent the disease.

According to research, the risk of the disease is higher in women than men, but men should also exercise caution.

He said that drinking too much water makes it easier to remove the bacteria that accumulate in the bladder and does not accumulate, which causes the disease.

Researchers say that to prevent Urinary Tract Infection, it is important to prevent bacteria from accumulating.

Frequent use of tight clothing on your body can lead to a painful disease such as urinary tract inflammation or infection.

This was revealed in a medical study conducted in India. Research shows that rainfall and humidity during the monsoon season. It also increases the germ growth and the use of tight clothing. It increases the risk of inflammation in the urinary tract.

This risk is higher in women than in men Why

There is also a risk of kidney infection as a result of this infection or inflammation. Usually, the symptoms appear in the form of severe irritation and pain in the urine. While often causing severe urination, the color changes. And there can also be a fever, which is a serious problem.

Similarly, urine bleeding and stench are also symptoms. If the disease is ignored or unrecognizable, it can spread to the kidneys from the bladder and can cause kidney inflammation, which can also be fatal.

Urinary tract inflammation is a very painful disease that many people are reluctant to talk about. There are usually double infections in the urinary system. Bladder infection is the most common. It is also the easiest to treat. Kidney infection is a serious disease that causes the kidney to become dis-functional and the patient may die.

Why bladder and kidney infections occur?

There are usually two major infections in the urinary system. Bladder infection is the most common, it is also the easiest to treat.

Kidney infection is a serious disease that causes the kidney to become dysfunctional and the patient can contract it.

Why bladder and kidney infections occur ?:

Urinary Tract Infections are caused by bacteria (bacteria). External bacteria enter the body through the urinary tract hole near the fridge.

Urinary Tract Infections are more common in women as compared to men because the lower urinary tract of the female is smaller than the male, causing the germs to reach the bladder in a short distance.

Bacteria enter the body of a woman or begin to grow when the germs enter the urethra through the urinary tract through the refrigerator or anus during sex.

This is the leading cause of bladder infection in women. One way to avoid this is to urinate after sex. It cleanses the lower urinary tract (urinating after sex does not stop pregnancy).