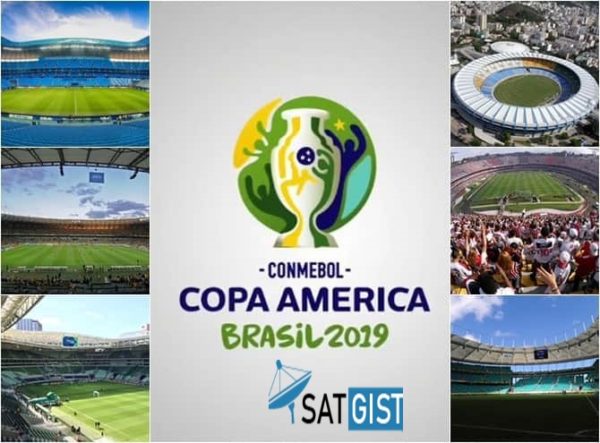 This summer is full of great events as 2019 Copa America will be kick off this Friday evening at Sao Paulo as 2019 Women’s World Cup and U-20 Poland World Cup 2019 still on.

The 2019 Copa America will be the 46th edition of Copa America which will be hold in Brazil while Chile was the favorite to host the event. Previously, Chile hosted 2013 FIFA Confederations Cup, 2014 FIFA World Cup and the summer Olympics. Both Brazil and Chile decided to swap 2015 and 2019 championship which was approved by CONMEBOL in 2012.

This tournament will consists of 12 Teams with three group. Brazil aiming to emerge 9th over-all titles and claimed 5th title of Copa America as it marks 100-years first Championship title after defeat Uruguay in the final at Rio de Janeiro. Chile won the last hosting defeated Argentina 4-2 in a penalty shoot-out. The opening matches between Brazil as the host country will comes up on Saturday against Bolivia at the Morumbi Stadium.

The Teams To Participate

The following are the teams to participate in the 2019 Copa America based on the possession:

You can follow this link for more details why Chile ranked as ninth.

2019 Copa America Venues And Their Capacity

You can watch 2019 Copa America from the following official Satellite TV, Cable TV and as well as Online Streaming Service Provider:

I strongly advice you to purchase premium VPN like IPVanish if you want to use anyone of the free streaming Services Apps. Likewise You can stream and 2019 Copa America Live and exclusive on official streaming services and Satellite TV providers stated above or purchase MYHD IPTV activation code if you have supported devices like Android TV boxes, Tigerstar and mediastar receivers.