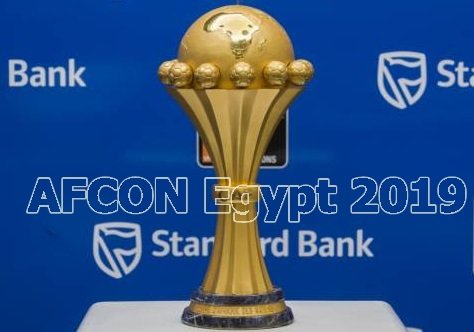 CAF Confederation or African Cup of Nations was first hosted by Sudan in 1957 with the three nations started the tournament. later many countries were joined up to the moment. The numbers of Teams to be participate also increase from 16 to 24 Teams.

Egypt announced that six stadium will be available to host the tournament after winning the bids which satisfied the CAF requirements. The following Venues are as follows with their respective capacity

The fixtures is available on the official Total African Cup Of Nations Egypt 2019 website along side with venues schedule and time.

How To Watch Total AFCON 2019 For Free

If you still have active subscription on your Satellite TV and Cable Service Provider like DStv, Gotv, Startimes, Canalsat and you can catch the show on them. Similarly, Bein Media currently offering 2month free subscription when you pay for 1month. Bein Media dedicated Bein Sport Max for Total AFCON 2019 games.

You can watch Total AFCON 2019 or Total African Cup of Nations Egypt 2019 in the following Satellite for free:

How To Live Stream African Cup Of Nation Egypt 2019

I strongly advice you to purchase premium VPN like IPVanish if you want to use anyone of the free streaming Services Apps. Likewise You can stream and AFCON Egypt 2019 Live and exclusive on official streaming services and Satellite TV providers stated above or purchase MYHD IPTV activation code if you have supported devices like Android TV boxes, Tigerstar and mediastar receivers.